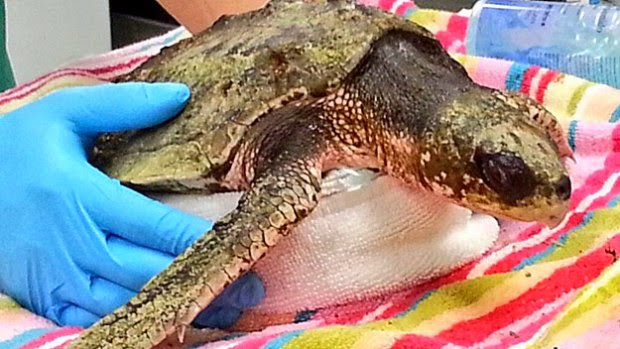 QUINCY (CBS) — Biologists at the New England Aquarium’s rehab facility in Quincy are nursing nearly a dozen sea turtles back to health after they were stranded on Cape Cod beaches.

Senior aquarium biologist Adam Kennedy says they start to see turtle strandings on the Cape every year around this time as the temperatures drop.

“These turtles are warm-water animals,” he said. “In the summer, Cape Cod Bay is a great place, it’s warm.”

But when fall arrives and the turtles are supposed to head south, Cape Cod’s unique shape creates problems.

“The arm kind of acts as a trap,” Kennedy said. “They don’t understand they have to go north to get around the Cape to go south again.” 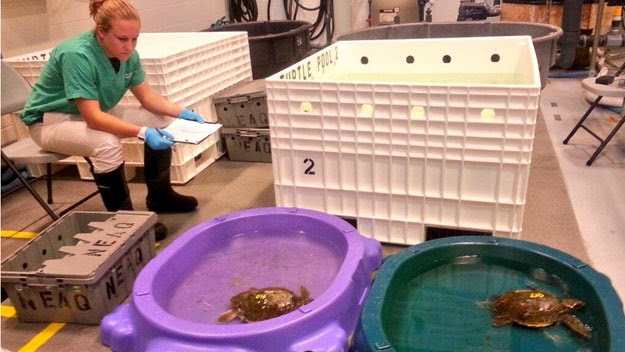 Eleven critically endangered Kemp’s ridley sea turtles were found cold and hungry, but all are expected to survive.

“What we’re seeing are turtles with cold body temperatures in the mid-to-high 50s, animals that probably haven’t eaten in about three to four weeks,” Kennedy said.

The focus is to slowly raise the turtles’ body temperature back to the mid-70s while getting them to start swimming and feeding again, Kennedy said.

“All the turtles so far, once they’ve entered the water, have started doing what turtles do – trying to swim,” he said. “Which is a good sign.”

Biologists hope to release the turtles into the wild from the south coast of the Cape in a few months. 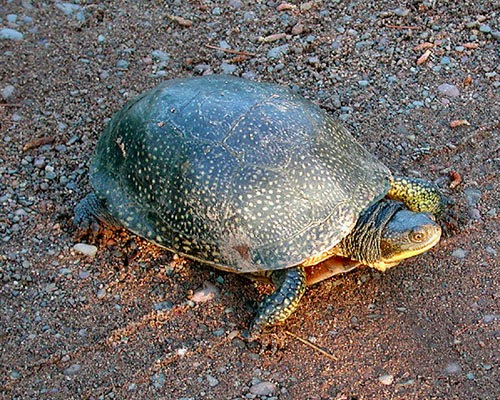 Conservation land in Groveland and Georgetown, known to many as “Turtleland,” has been purchased by the state to create permanent open space.

“This property and the surrounding land is exceptional habitat for many different types of turtles and other wildlife,” said Department of Fish and Game Commissioner Mary Griffin. “I thank our partners for helping us to protect habitat, restore wildlife and provide recreational opportunities for people such as fishing, hunting and wildlife observation.”

According to the state, the conservation area is noted for reptiles and amphibians, abundance of wetland areas and undeveloped nature. It is one of the top habitats in Massachusetts for the threatened Blanding’s turtle and salamanders. Many common wildlife species, including white-tailed deer, wild turkeys, waterfowl, beaver, spotted turtles and snapping turtles also inhabit the area. The property contains three certified vernal pools, a large beaver pond, Grindle Brook and a stream.

Source: WHAV
Posted by C.A. Chicoine at 7:09 PM No comments: