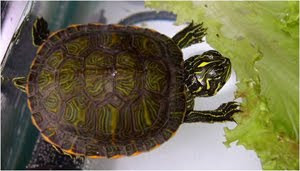 More than 60 acres of habitat for wildlife and the public have been restored in Plymouth - recreating a white cedar swamp with dramatic improvements to fish passage, water quality, wetlands, bird migration corridors and recreational opportunities.
The $2 million Eel River project team recently won a national Coastal America Partnership Award for its multi-year effort.
The project area, now protected as the Eel River Preserve, is off Long Pond Road in Plymouth. The spring-fed Eel River drains to Plymouth Harbor.
““It is this type of grassroots partnership that will protect and restore sensitive coastal areas for wildlife and people to enjoy,’’ “said Eileen Sobeck, Department of the Interior Deputy Assistant Secretary for Fish and Wildlife and Parks in a statement.
The award, given to the U.S. Fish and Wildlife Service, the USDA-Natural Resources Conservation Service, Massachusetts environmental agencies, the Town of Plymouth and local companies, recognizes collaborations that leverage and combine resources to accomplish coastal restoration, preservation, protection and education projects.
The team restored about 40 acres of retired cranberry bogs and removed a downstream dam. The removal or replacement of six culverts and the placement of hundreds of large wood pieces helped create habitat and passage for aquatic species, as well as reestablish natural water flow, according to an announcement by the U.S. Fish and Wildlife Service.
More than 24,000 plants, including 17,000 Atlantic white cedar trees, have been planted to help restore rare wetland plant communities. The area supports one of few New England populations of the federally endangered northern red-bellied cooter turtles, as well as populations of eastern box turtles, bridle shiner fish, barrens buckmoth, adder’s-tongue fern and swamp oats.
The area, now managed by the Town of Plymouth, was historically known as Finney’s Meadow, according to the press release. A series of mills and dams were constructed in the early 1800s, and cranberry farming began in the second half of that century, continuing until 2002, according to a press release on the restoration.
Major financial contributions were provided by the USFWS National Coastal Wetlands Conservation Grant Program, NRCS and the Massachusetts Department of Environmental Protection Section 319 Grant Program.
Project partners include: Town of Plymouth, Massachusetts Department of Fish and Game, Massachusetts Division of Ecological Restoration, Massachusetts Department of Environmental Protection, U.S. Fish and Wildlife Service (Partners for Fish and Wildlife Program), U.S. Department of Agriculture (Natural Resources Conservation Service), American Rivers, The Nature Conservancy, Massachusetts Corporate Wetlands Restoration Partnership, Horsley Witten Group, Inter-fluve, Inc., Sumco Eco-Contracting, and the A.D. Makepeace Company.
Photo caption: The Eel River Preserve in Plymouth, Mass., is home to one of the few New England populations of northern red-bellied cooter turtles. (Bill Byrne, Massachusetts Division of Fisheries and Wildlife.)
Source: http://www.boston.com/lifestyle/green/greenblog/2011/06/eel_river_restoration_complete.html
Posted by C.A. Chicoine at 3:00 PM No comments: 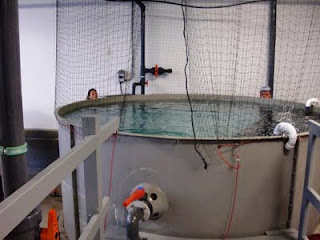 Readying for sea turtle rescues
BUZZARDS BAY —
Though her species is considered “threatened” in Massachusetts, Teanna is a fortunate little Diamond-backed Terrapin.
Luck was not exactly on her side last January, though.
That’s when the salt marsh turtle somehow managed to fall into a basement window well, and became trapped.
No one’s sure how long she was stuck without food or water, but to say she was a shell of her former self when discovered is an understatement.
She was near death and needed emergency medical treatment. That’s when her luck got better.
She was rushed to the Cummings School of Veterinary Medicine at Tufts University in North Grafton, where she was stabilized.
But she needed somewhere to convalesce, and that’s where the National Marine Life Center stepped in, said the NMLC’s Director of Science and associate veterinarian, Dr. Sea Rogers Williams.
Today, a hale and hearty Teanna is due to be released back in her native Wellfleet this week, and shares a front room at the NMLC’s offices at 120 Main St. with a trio of ailing Northern red-bellied cooters, though not the same tank.
Williams said the NMLC is happy to help the state’s Division of Fisheries and Wildlife with local turtle travails, but its guiding mission is to rescue and restore stranded sea turtles, seals and larger sea-going aquatic creatures.
The non-profit has recently completed installation of two tanks, fed by the abutting Cape Cod Canal, capable of sustaining Teanna’ larger sea-going cousins, as well as seals. Three more tanks are also being prepared in the NMLC’s hospital facility and work is still underway to install even larger tanks that can be used to aid in the treatment of dolphins and small whales.
As friendly as Cape Cod can be to human tourists, it can be a tough ’hood for visiting aquatic creatures. Each year up to 56 seals, 98 dolphins and 144 sea turtles are stranded on Cape beaches, sick or injured. The NMLC was formed in 1995 to create a treatment facility and began construction of the hospital on Main Street in 2009.
Eventually, the completed hospital will have tanks capable of housing aquatic creatures ranging in size from two-foot-long Kemp’s Ridley Sea Turtles, considered the smallest of the marine turtle set, to 20-foot-long pilot whales, weighing in at up to three tons, said Kathy Zagzebski, NMLC president and executive director.
She took visitors on a tour of the hospital during the organization’s annual meeting on May 26, starting with the room housing the completed tanks ready for occupancy which will be open for business within the next month or two and ending at the unfinished portion that will be designed for the larger creatures.
“I ask you to close your eyes and use your imagination” to see what will be.
The non-profit NMLC’s fundraising mission is ongoing, for while $3.1 million has gone into the project so far, another $2 million to $3 million will be needed to complete it.
“It’s a tremendous challenge to build,” she said.
Source: Tanks for the National Marine Life Center's efforts - Wareham, MA - Wicked Local Wareham http://www.wickedlocal.com/wareham/archive/x1595579610/Tanks-for-the-National-Marine-Life-Centers-efforts#ixzz1OFQJ97MD
Contact Frank at fmulligan@wickedlocal.com
Copyright 2011 Wicked Local Wareham. Some rights reserved
Posted by C.A. Chicoine at 4:41 PM No comments: